A tribute to Dox 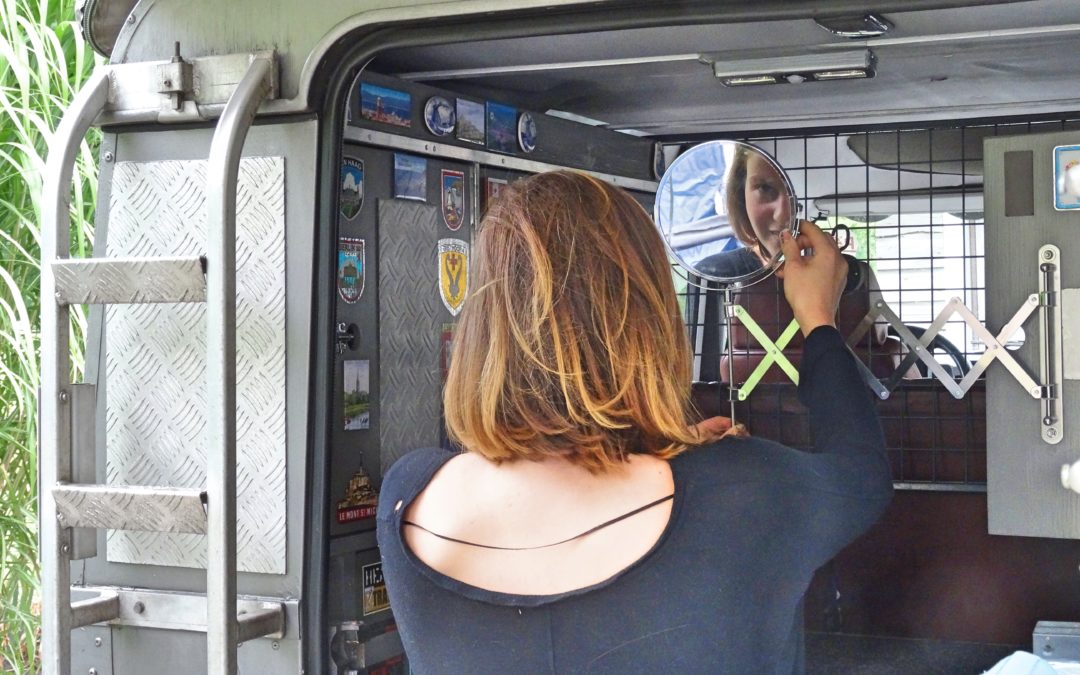 This is the story about how we got our car. As you might realize, the car was the most important thing that we needed. The car that we were going to buy would be our house for the next nine months. Just wheels and an engine wouldn’t do the trick.

It was one of those cold and rainy days in January and I was sitting alone in my house. Since a few weeks I had the same ritual every day. I would get out of bed around 9AM, have some breakfast, go online, apply for jobs, look for cars, organize some random stuff in or around the house, have lunch, more coffee and I would go online again to see if anything had happened. I went to the same websites over and over again. Jobhunting and carhunting were my priorities.

You see, in December I quit my job. I worked as a waiter in a restaurant and I had been working similar jobs for over ten years. I got tired of it. When I was younger and I was planning on traveling, I would work as a housekeeper or waiter for twelve hours a day and I wouldn’t mind it at all. In my earlier days I would have never quit my job without having new work. But this time it was different. I needed to move on, I wanted to use my education, I wanted personal development and I couldn’t get that any more from working in restaurants. It was a hard decision, since we also needed big money for our trip. It was Josephine who supported me in the decision; and maybe even made the decision for me. Not directly, but she truly believed that it would be better for me (and probably also for her; since I was a pain in the ass sometimes, and still am of course) to look for something new. She said it will all work out and that happiness was more important. Looking back it was maybe a bit rational to stop without having a new job, but it also gave me the opportunity to really sit down, research the trip and meanwhile apply for jobs with a higher salary and where I could make use of my university degree.

So everyday I sat down again and although it didn’t make me lot happier than working, I at least had the time to look for a car. I went on the Dutch Ebay, marktplaats, and went looking for a four wheel drive. We decided that it had to be a Land Rover Defender or a Toyota Landcruiser. Both cars are well known in the Middle East and Southeast Asia, and since I am not a mechanic, it would be convenient to have a car that can be fixed everywhere in the world. The car also needed to be fully mechanical and not have any sort of computer driven element in it. I don’t want to create any stereotypes here, but chances are low that the newest car technology is available in a small village in Iran or Pakistan.

Usually, these cars range from €4 000 to €25 000. Our budget was approximately €7 500. The cheaper cars are in general older, less equipped and need more work and fixing. Every day I saw the same cars. I sent some messages to sellers telling them about our plans; asking them about their car; the reliability of it; and ask them, straight forward, if they thought the car could bring us all the way to Southeast Asia. If the seller would tell me they believed the car was fit for such a trip, I would trust them in their judgment. Trust is important, right?

All together, I sent out quite a few messages and we were truly interested in a lot of these cars, but it all didn’t work out. Some cars were sold before we had the chance to see them in real life and some sellers were honest enough to say they wouldn’t trust it.

On this rainy day in January, when I searched again for cars, while having too much caffeine running through my veins, I saw again this beautiful Land Rover Defender. The price was way out of our range, but wow, the car looked so good. There was already a tent on top of it, the inside was designed for a trip like ours and the ad said it was expedition ready. What more could we wish for? It must have been the fifth time that I clicked on it, but every time I realized that the price was way too high. Logically it wouldn’t make sense to even try it, but I sent a message any way in which I wrote about our plans. I also told him how beautiful the car was, but that we could not afford it. I asked him: ‘Could we perhaps make some sort of a deal?’

Not long after I sent the message, I got a call. It was Gert; the owner of the car. Straight away I heard so much positivity and enthusiasm for our plans. We were only talking for a few minutes when he told me that we were going to make this trip and we would do it with his car. He told me that we should come by and we would have a cup of coffee to discuss the possibilities. I couldn’t believe what I was hearing. And I still don’t believe it sometimes when I look at the car; are we this lucky? Any way, about a month later we went to meet Gert. After an hour it was clear that we found our perfect car. We made a deal; a great deal (and I honestly think it is a good deal for both of us).

We couldn’t make the trip we are going make now without Gert and his willingness on our side; let that be very clear. But whether the deal we have made is a lucky one? I doubt it. Luck comes with believing. And I know that what I am about to say is cliché and cheesy as hell, but if you have an idea, then really go for it. Don’t wait too long. Say it out loud, discuss it with the people around you, look at the way they react, listen and shape your idea to the perfect plan. If it sucks, you will find it out soon enough. And then when the talking is done, everyone has had their say, move on to the next phase. Look for the impossibilities and try to find your way around them.

Enough morals in my story I guess. Soon we will show you our Dox by video (see also here why we call our car Dox). Meanwhile Josephine is writing her story, and I personally can’t wait for it.

Any questions; ask them down here! See you soon!