Josephine and I sat in our hotel room in Cappadocia, doing some research about Iran. We were about to go there in a few days. Josephine sent me a link about Taarof. Supposedly it is a big thing in Iran to offer something to someone without really meaning it. I vaguely read the article, not paying real attention to it. I still hear myself thinking that is probably all exaggerated. This might happen in some places, but not really, right?

Lake Urmia
In the Netherlands we are fighting to get the sea out of our country. We built dams and its very uncertain if they are high and strong enough for the near future. It is possible that our country will be under water in a couple of decades. Who knows?

In Iran it is sort of the opposite: their (salty) water supply is decreasing enormously. Traveling through the country we have seen several lakes that dried up or are drying up rapidly. One example of this is Lake Urmia, one of our first stops after arriving in Iran. 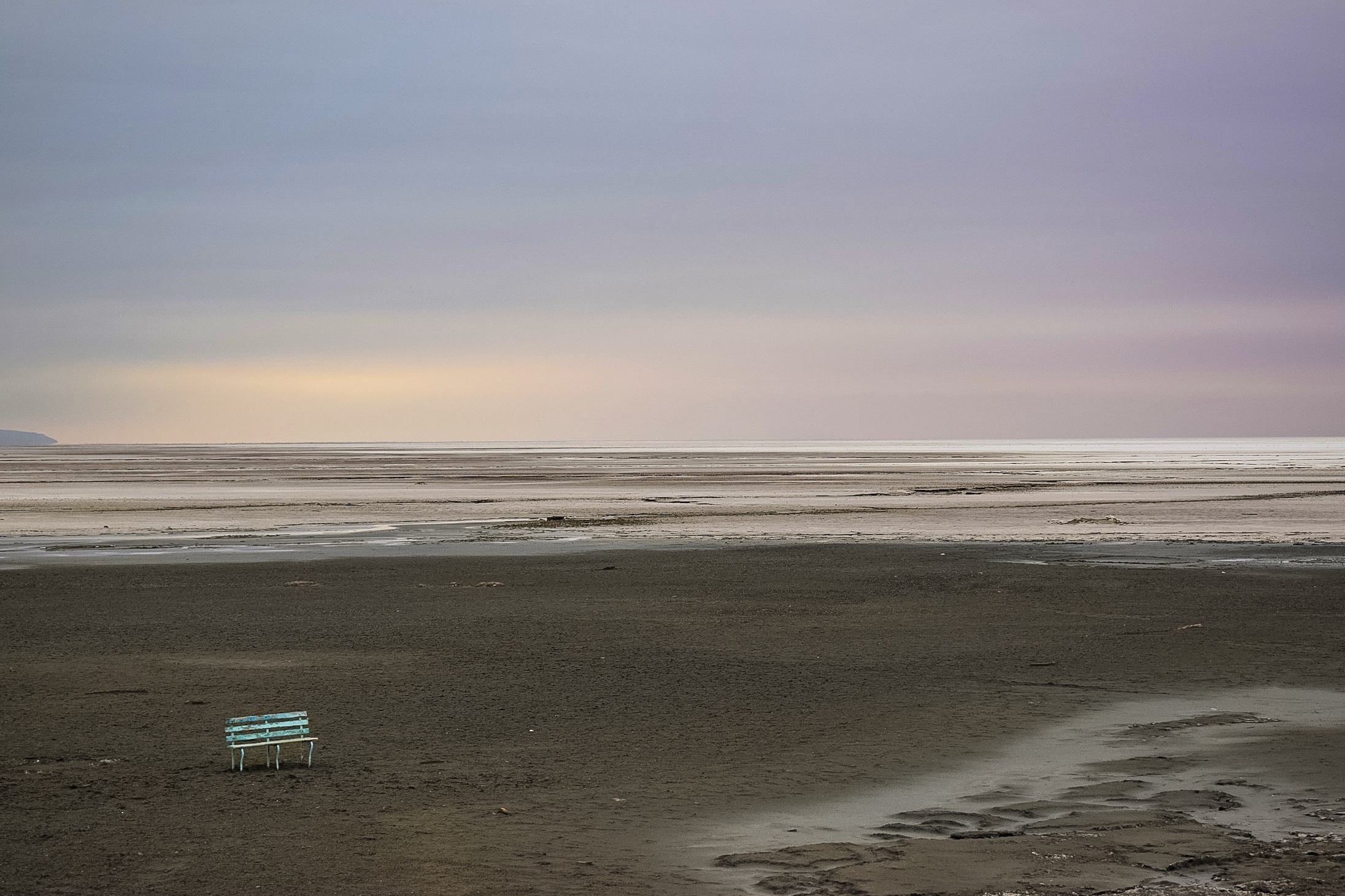 It is fascinating and rewarding to go there, but also quite confronting. A lake that used to be the biggest salt lake in the Middle East, but now only contains five percent of the amount of water it did two decades ago. This is due to climate change, dam construction and decrease in rainfall as well as the extensive use of water for agriculture. Climate change is happening folks. And bad government policy is part of it too, of course.

When we walked down the pier, we felt that nothing was the way it used to be. The area was deserted. Once it was a lively area with tourists, boats and ships coming and going and people traveling from one side of the lake to the other for trade. But it all vanished, a whole economy. There is no more trade going on, no more tourism, villages and farms abandoned and boats and ships are rusting away. The water that is still there, became too salty for the fish to live in. They all died. What happened to the people? Where did they go? What are their jobs now? Do they still meet their neighbors from the other side of the lake?

It is a big problem and many people from all over the world are fighting to save the lakes in Iran. Whether they will reach their goal in time, we don’t know. Maybe the Netherlands should bring salty water to Iran. And maybe we can get some free oil then? We truly hope that these lakes can be the home of flamingos, pelicans, ducks and egrets again. That it will be a touristic place like it used to be. And that the area is going to be attractive again to live for human beings. 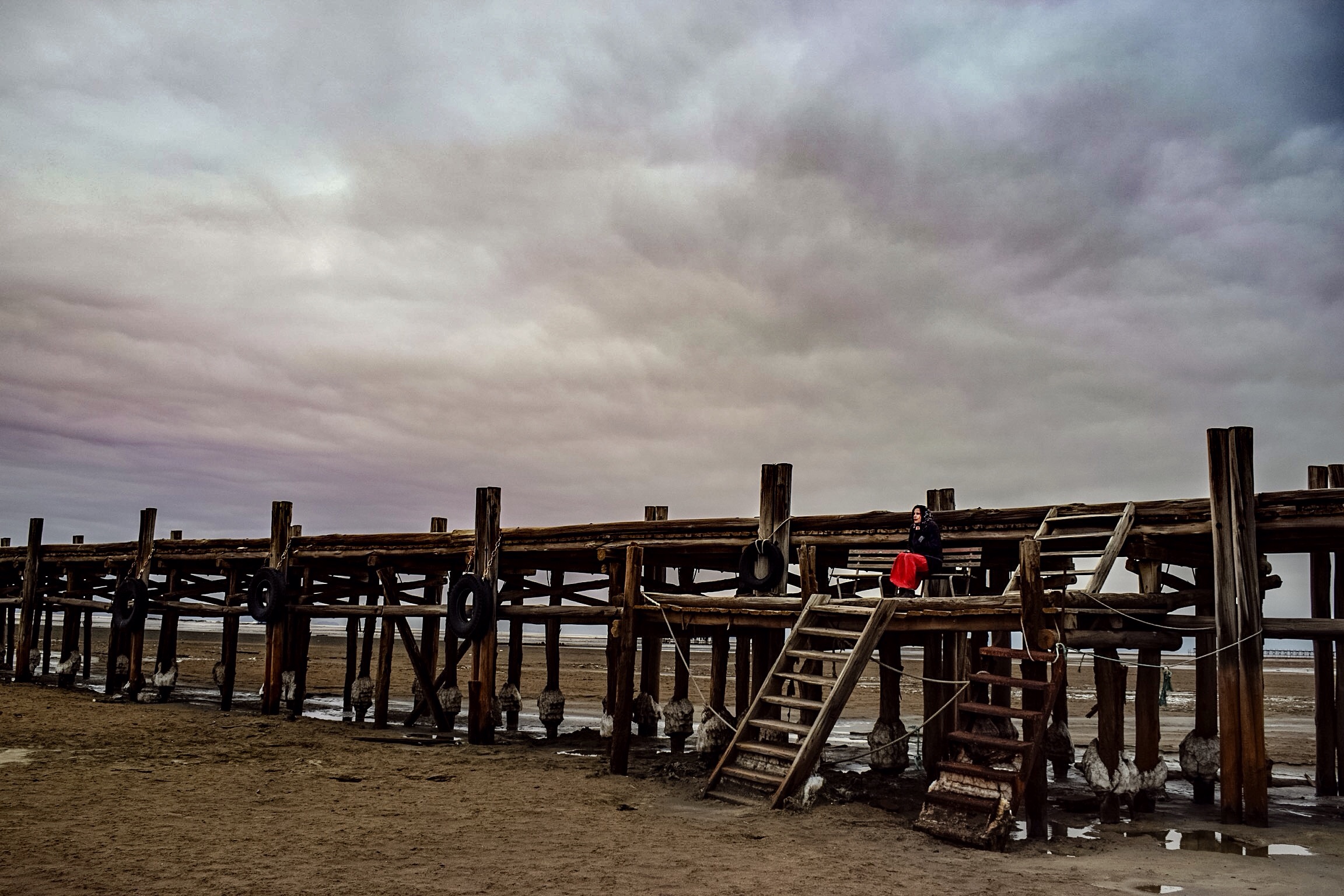 Drinking tea
Maybe you guys remember that we wrote about tea earlier? We love Turkish tea! And whenever it got offered to us in Turkey we always said yes since it is considered rude to say no.

After walking for a few hours on the deserted lake, we were cold and tired. It was a gray day and it was time for us to look for a place to stay for the night. Just when we were about to go, a car stopped next to ours. A young man walked towards us and asked in broken English if he could be on the photo with me. Sure I said. His wife also wanted to be on a photo with Josephine. Done!

We just got in Iran. It was our first day. How lovely are the people here! Wanting to be on the photo with us without knowing who we are. We were positively surprised about the warm smiles the people gave us all the time. Is this is what Iran is like?! Wow!

After taking the photos, they asked if we would like to have a cup of tea at their place. Well… it is rude to refuse, right? And they really looked happy to meet foreigners. And since we were a bit cold and tired, we could use a cup of tea too. So why say no?

We arrived at the home of his family. The father and the younger sister of our host was there. His mother would come back later, after she finished work (she has a shop, so readers: women in Iran work and don’t just stay inside the house the whole day). His other sister, her husband and their newly born baby would arrive in the evening too. Inside the house it was at least 30 degrees. Josephine was slowly dying, since she still had many pious layers and a hijab on and was too unsure to ask if she could take hers off. The other women in the house didn’t take theirs off, so how could she? 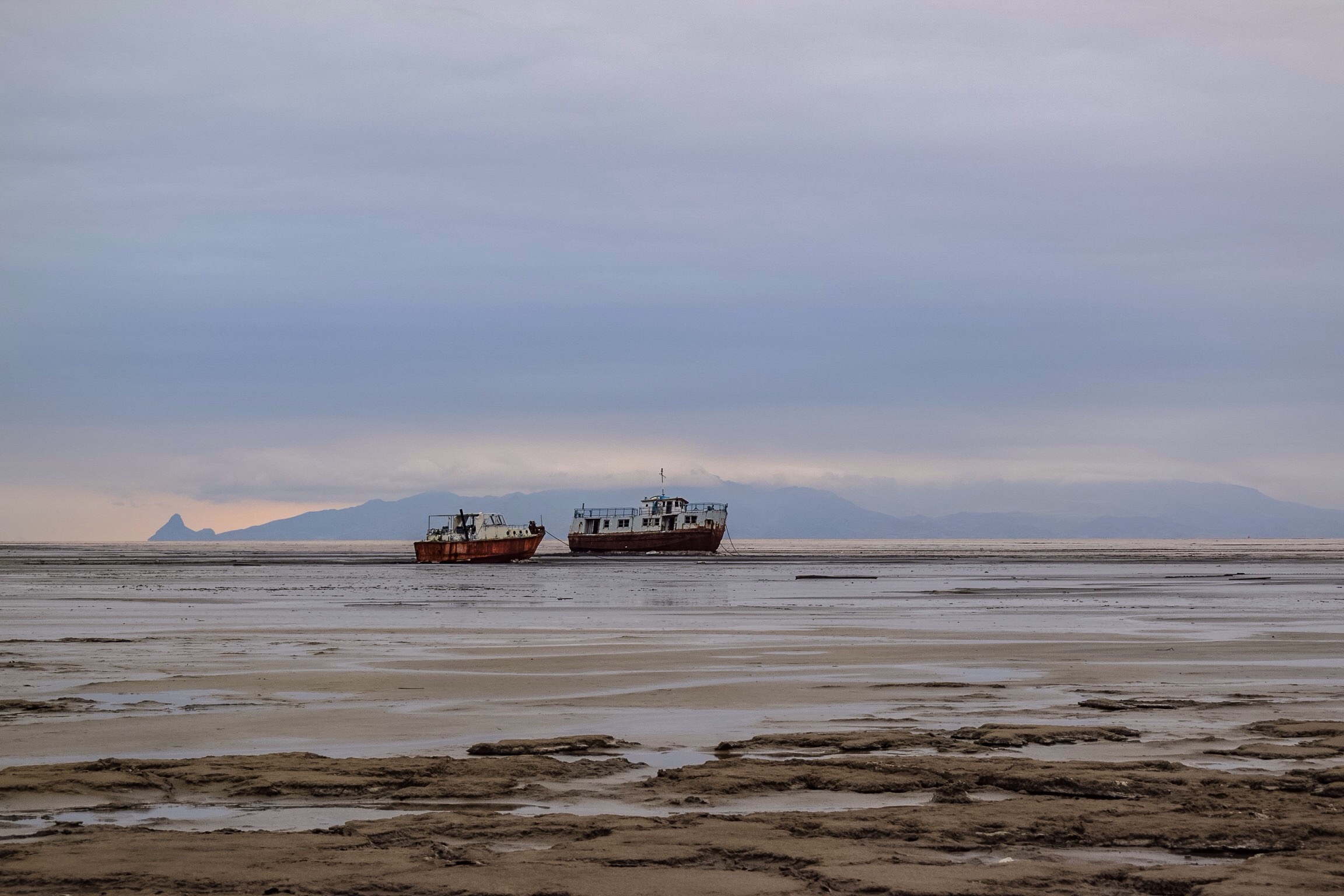 The house we were in was so typical Iranian! Carpets everywhere. Beautiful red carpets. But hardly any furniture, no table and only a few chairs pressed against the wall. A huge television was there too. It was on all the time, on an English news show, for us of course. The center of the room was empty. Just empty. Observing this place, how the people moved around here, was interesting. Women in the kitchen, man sitting and talking to us while drinking tea. I felt that I wasn’t even allowed to help in any way: I really was their guest.

We were happy we said yes to have some tea. And happy we said yes to the cookies, fruits, other drinks, more cookies, more fruit, more tea and even dinner. But we didn’t say yes straight away all the time. Actually we said no quite often, we really couldn’t eat more on a certain point, but they kept on offering. They offered me melon too, I really don’t like melon, but after they offered it to me for the fourth time, I just had to take a piece. It doesn’t feel right to say to say no for a fifth time.

Then local press suddenly came to the house. A journalist asking us about our experience in Iran. Interviews were done, photos were taken, other journalists were called to speak with us in English, and all was shared in the social media. We were suddenly famous in a small village in Iran next to Lake Urmia.

After the interviews and dinner we were about to go. Camp somewhere next to the lake. Have some time to process all of this. But apparently this was not as easy as it seemed. They wanted us to stay. They insisted we would sleep in their beds. They gave us their pajamas. What could we do? They kept persuading. How should we have said no? We didn’t know. Also, we did not speak any Farsi and they did not speak English that well, and this made kindly refusing the offer all the more difficult. And, somewhere deep inside of us, we were happy to stay too (though less burdened if we slept on the floor in the living room instead of them). 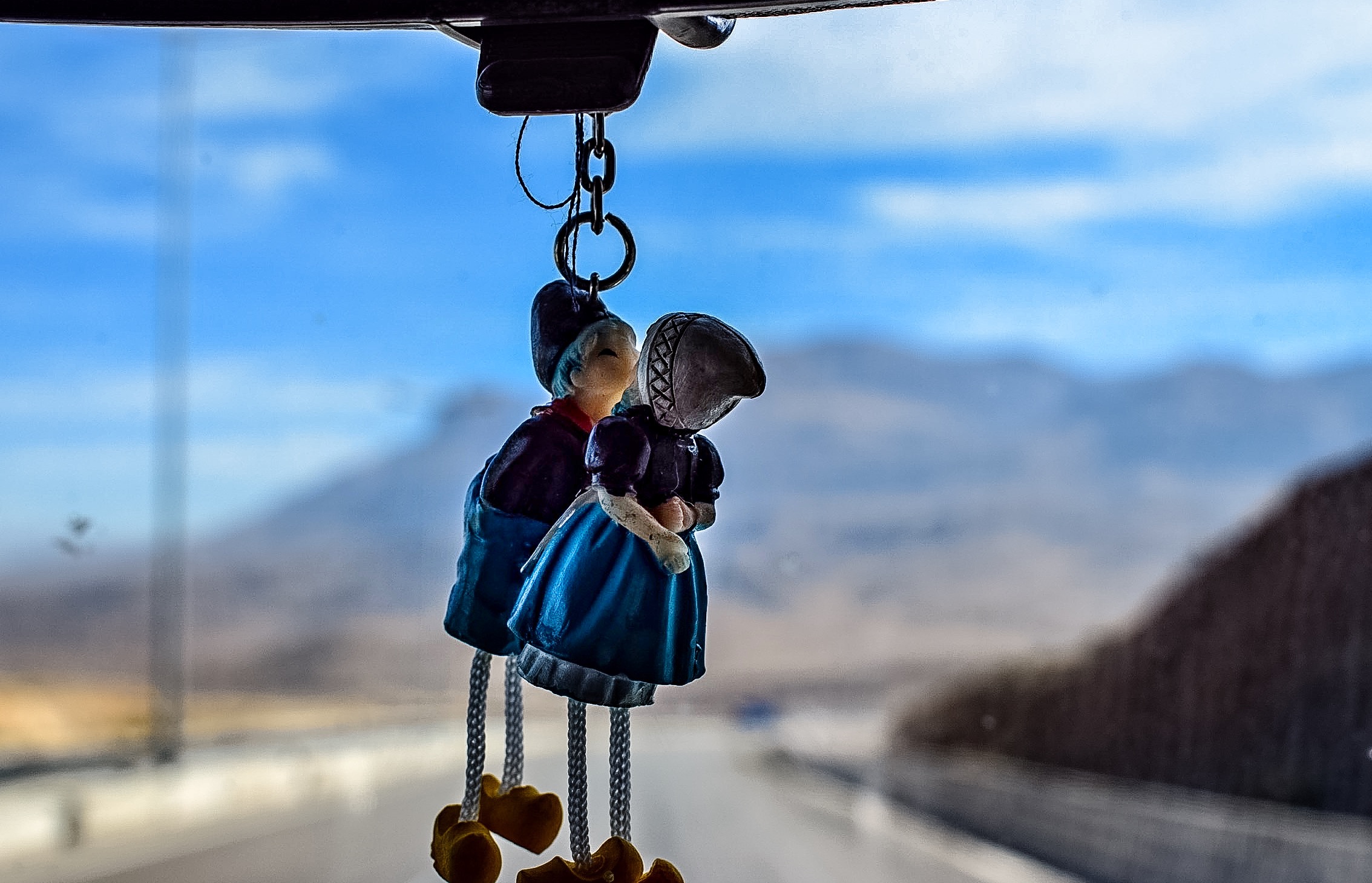 How to tackle taroof?
Waking up the next day, we had to go to Tabriz, Iran’s second biggest city. Our couchsurfing host was already waiting for us for three days. Probably not even expecting us any more. But it was difficult to leave the family. First we had to go to a small market with them and then to a big market. They also invited us for another lunch. But this time we were stronger, or smarter, in saying “no”. We tackled taroof by saying we had an appointment in Tabriz, which actually wasn’t even a lie. With a fulfilled feeling, happy and lucky to all the experiences they gave us, we left with a big smile.

These people gave us all they had. Hospitality, food, warmth and if we would have asked for anything else, they would have found it and given it to us. And what could we give them except a smile? Countless times we tried to pay something for people in Iran, but we were never allowed. Luckily, we brought some Dutch presents to give away, namely wooden shoes and a kissing couple in Dutch costume. They are attached to key rings and come in all the colors of the rainbow! Klompjes, you can also check out their facebook for more awesome products, supported us and it is great to be able to give back something small to the people we meet. They look at it, surprised, and sometimes we have to explain what it is but they seem to be happy with it. Though it is not comparable to all that they give to us, we are delighted to be able to give them something. Kind of serves as a memory too.

Looking back at our whole experience with the family, it truly was a culture clash in a good way. In the Netherlands offering something to someone goes like this: “Do you want some tea?” and then you say “Yes” or “No”. That is it. The Dutch are famous for being straight forward. To ask questions and to mean it. But, we are also too harsh sometimes. In Iran, you have to say no in a polite way. Make up some story if you want to refuse. And repeat that at least for five times. And if you offer something to someone, also offer it five times. If you mean it and if you don’t mean it. It can be difficult and tiring, but you get used to it after a while!

This family showed us what taarof is, in a beautiful way. And we also think (or hope) that they meant it; that it was not only taarof. Yes, it has to be that way. On day one in Iran we learned that taarof as explained in the article wasn’t exaggerated at all.

Off we went to Tabriz. Our couchsurfinghost accepted us, though he didn’t like that we didn’t show up on time without informing him. But seeing as we did not have internet, we experienced problems at the border and we stayed in a village longer than expected, it was kind of beyond our control. Delays always happen while traveling.

The guy who hosted us, Sadeq, turned out to be our first real friend during our trip. And with this friendship came a whole network of friends we met and stayed at in Iran. But more about that later, maybe!

By the way, don’t forget to check out all our photos taken at Lake Urmia!
↓ 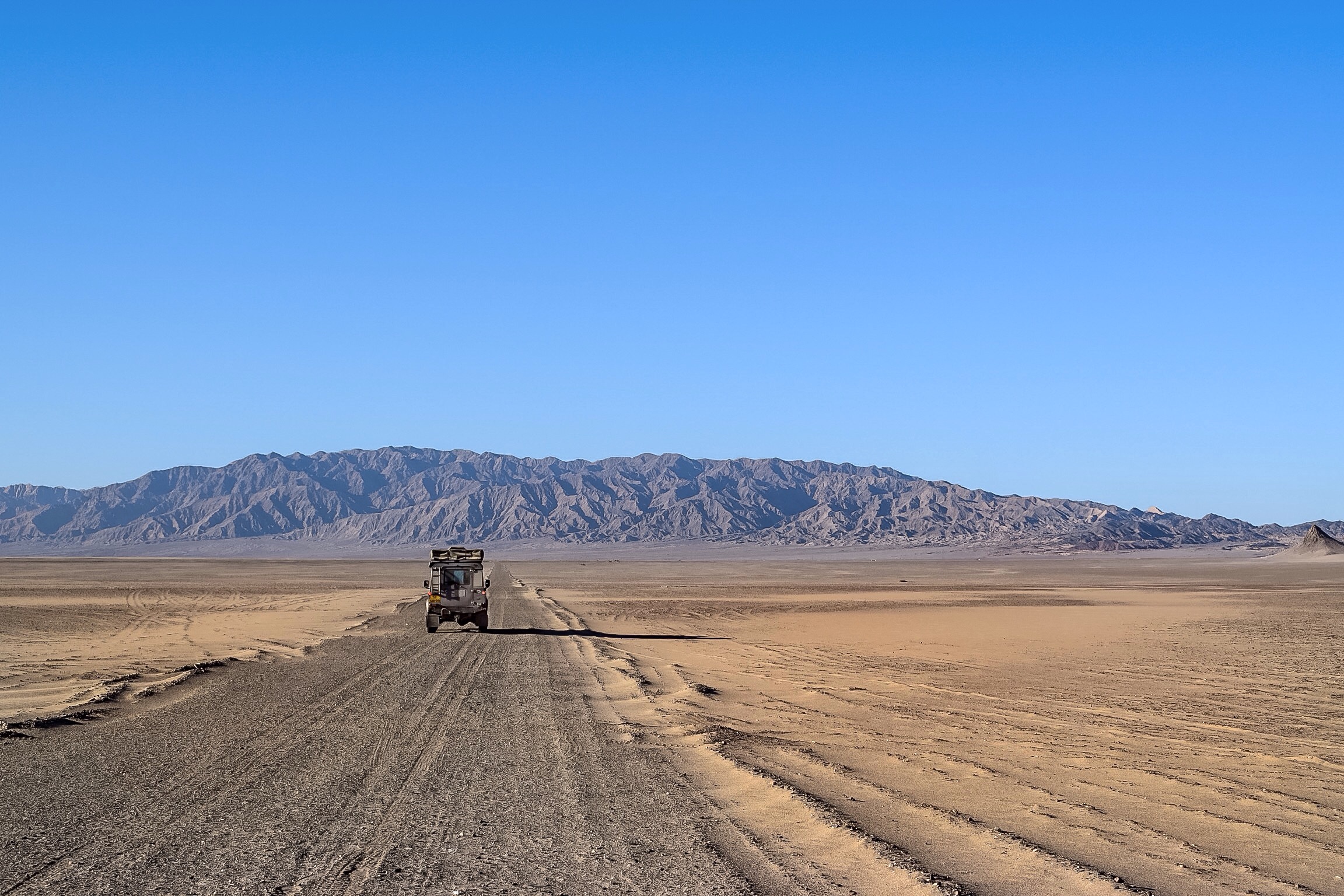 CROSSING THE BORDER: FROM TURKEY TO IRAN 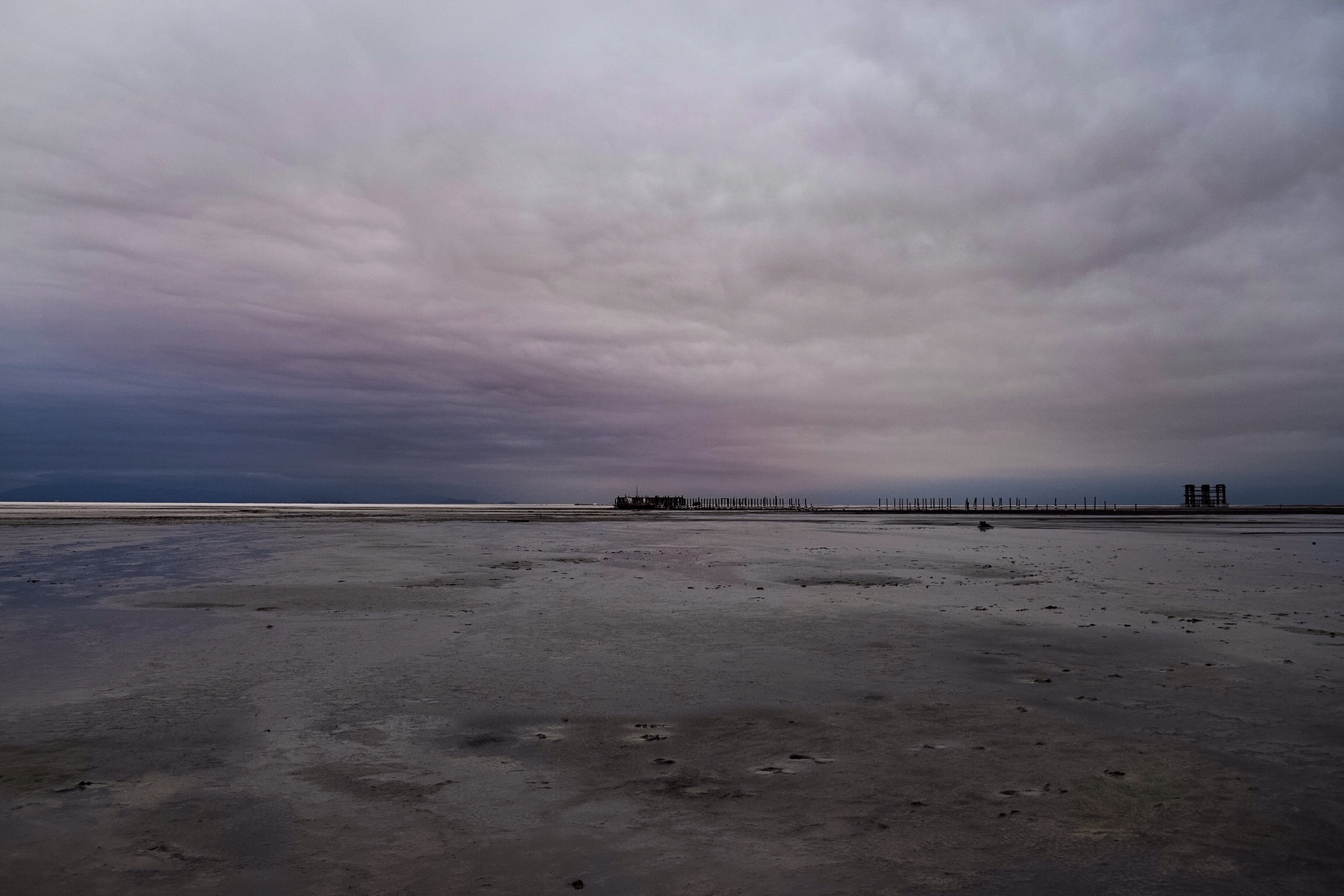 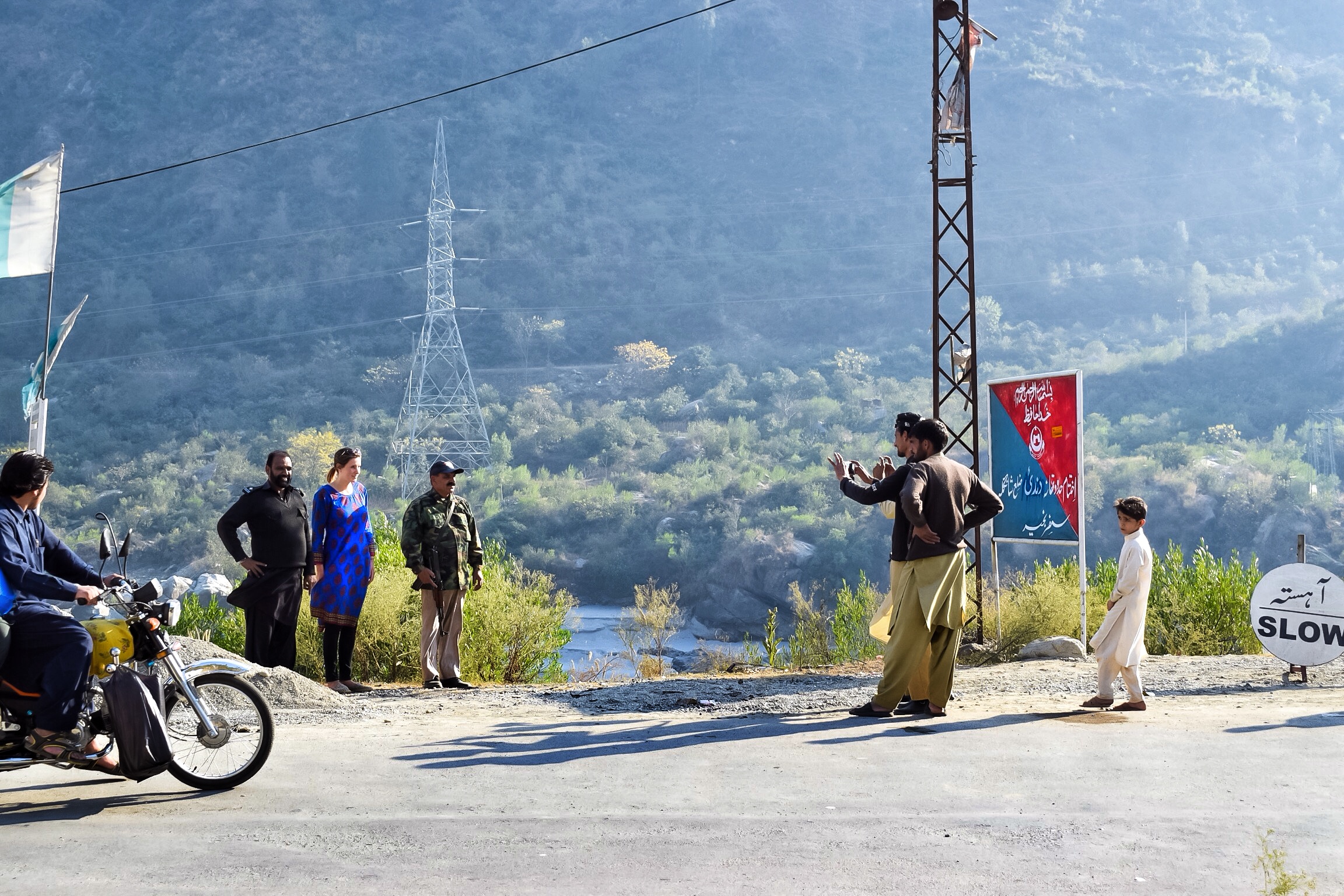 NO MORE COMPLAINING ABOUT PAKISTANI POLICE